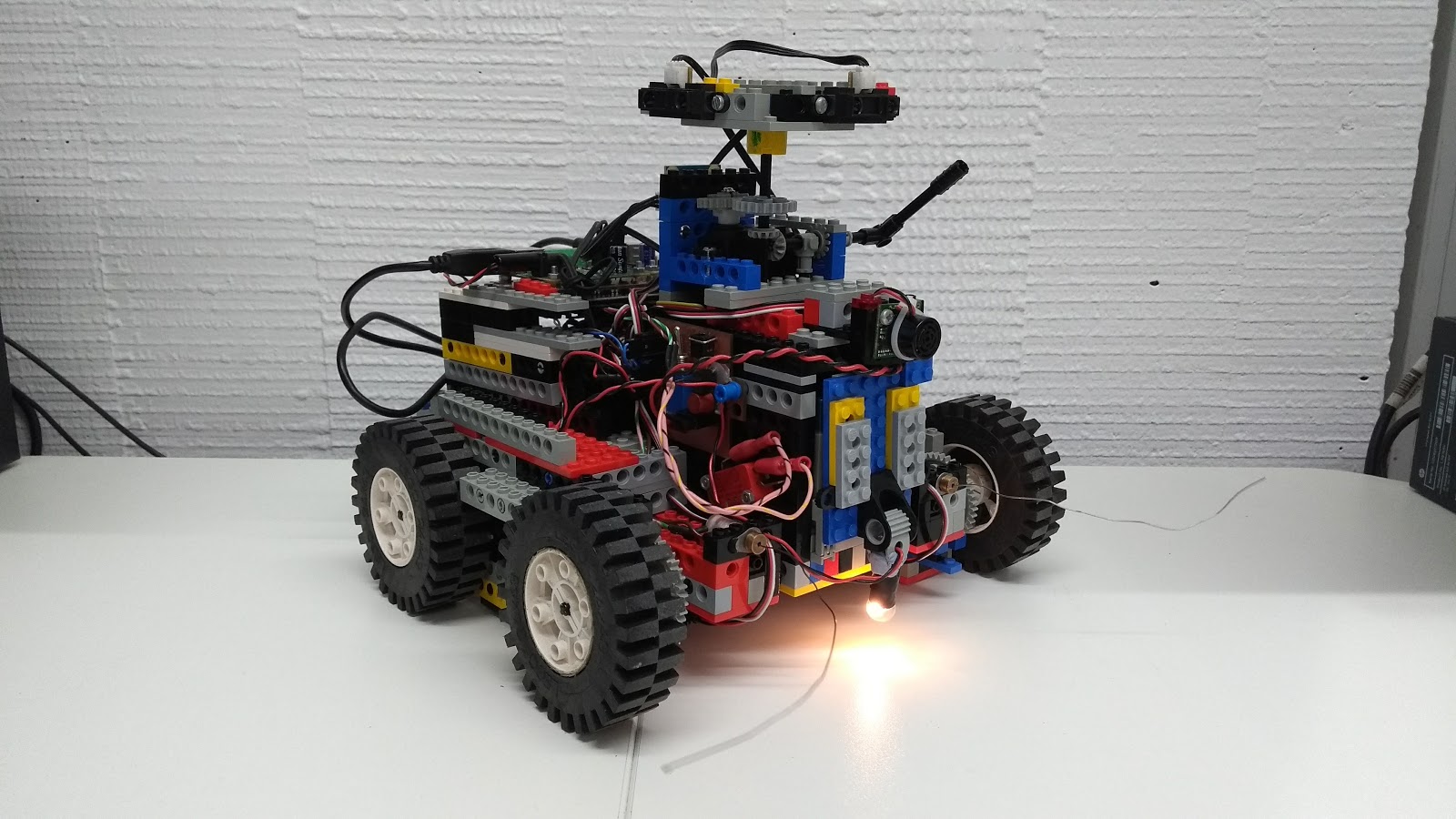 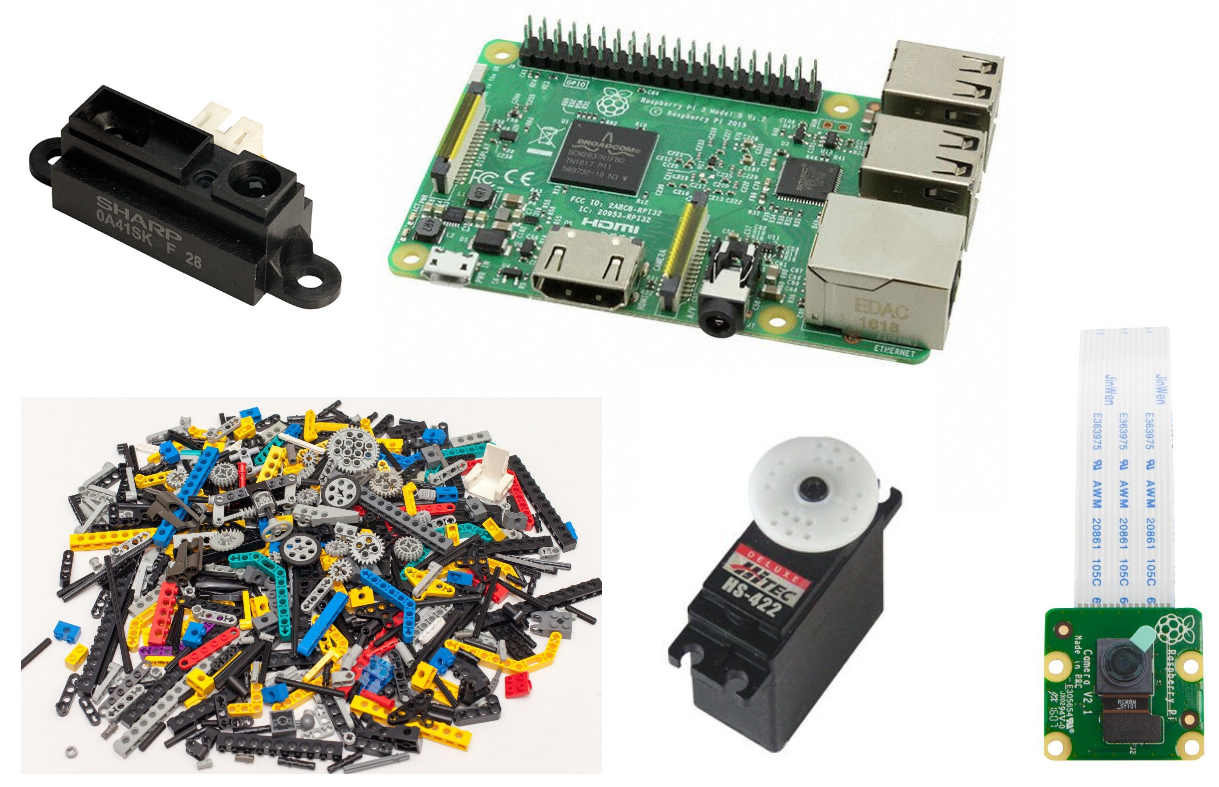 Your task is to build and program a robot that can:

The robot will start in a known deployment location. The deployment location will be marked by a black patch on the floor. The arena will contain several obstacles and walls dividing it into zones. Some of the zones will contain POIs. Each POI will be marked by a reflective tape on the floor. When the robot locates the POI, it has to establish a communication link with the base station. To do this, is has to point its antenna towards a virtual satellite. You will have to implement Inverse Kinematics (IK) and use the main driving controls together with the provided servomotor to align the antenna. The satellite will be a fixed point on the ceiling. The location of the satellite relative to the arena will be given to you. The shape of the arena will also be provided. You may use this to build a map for localization. At the end of the task, the robot returns back to the deployment location (this is known as homing). The final goal of this practical is to inspect 3 POIs and transfer the data after each POI has been visited before returning back to the deployment location.

Click any of the images below to open the original image in a new tab. 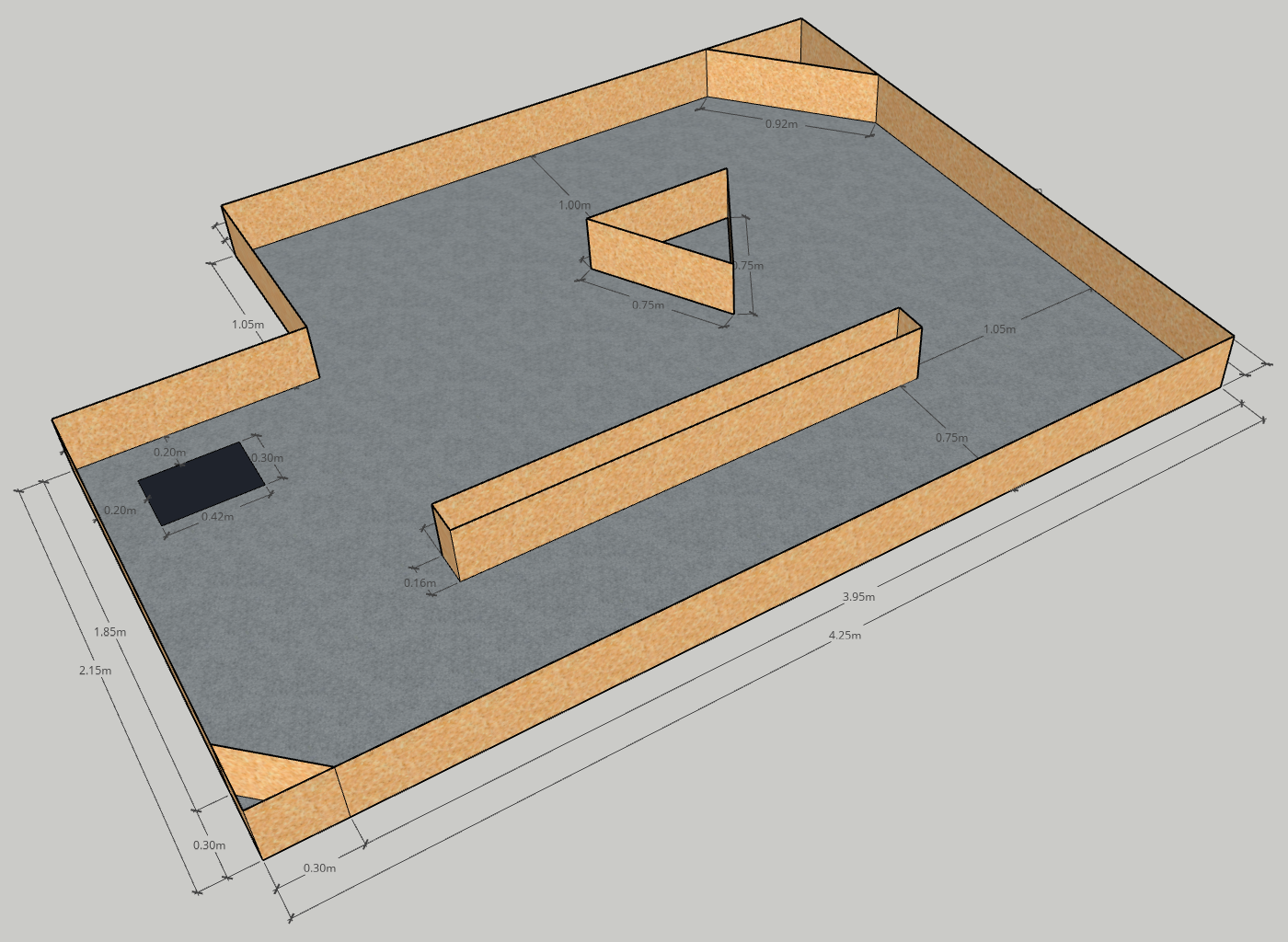 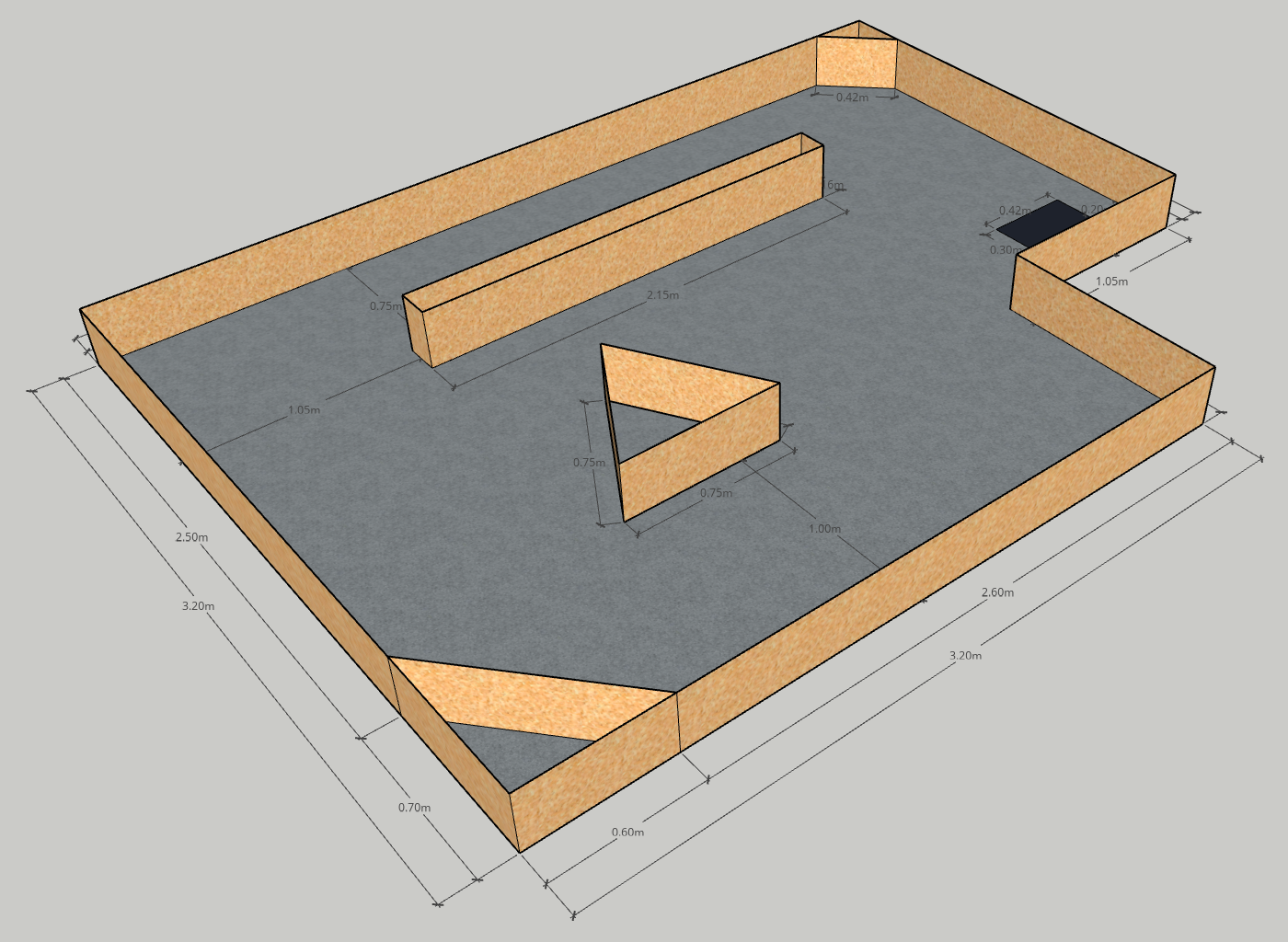 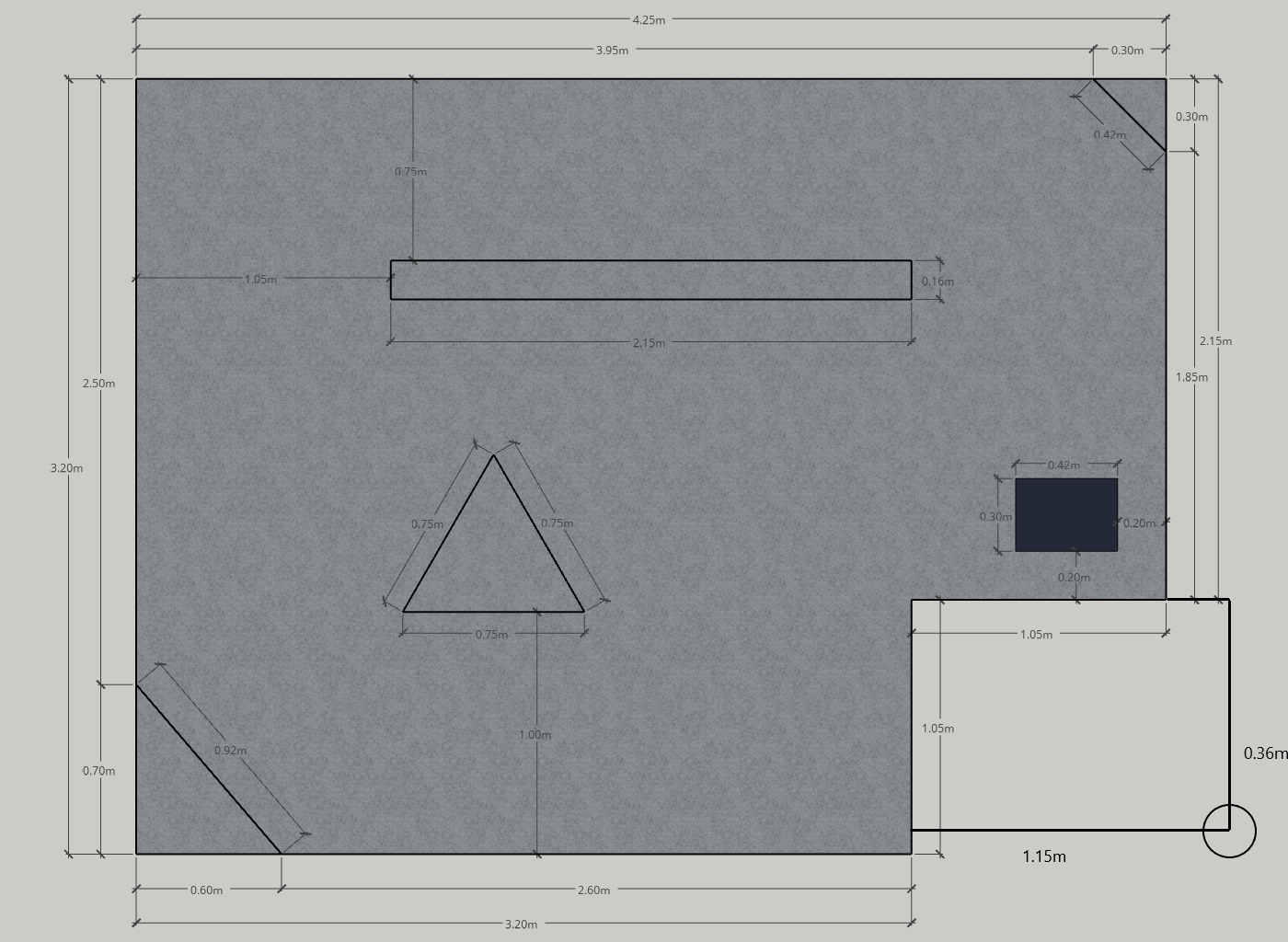 The Points of Interest (POIs) are made out of reflective tape. They are approximately 25cm x 25cm. 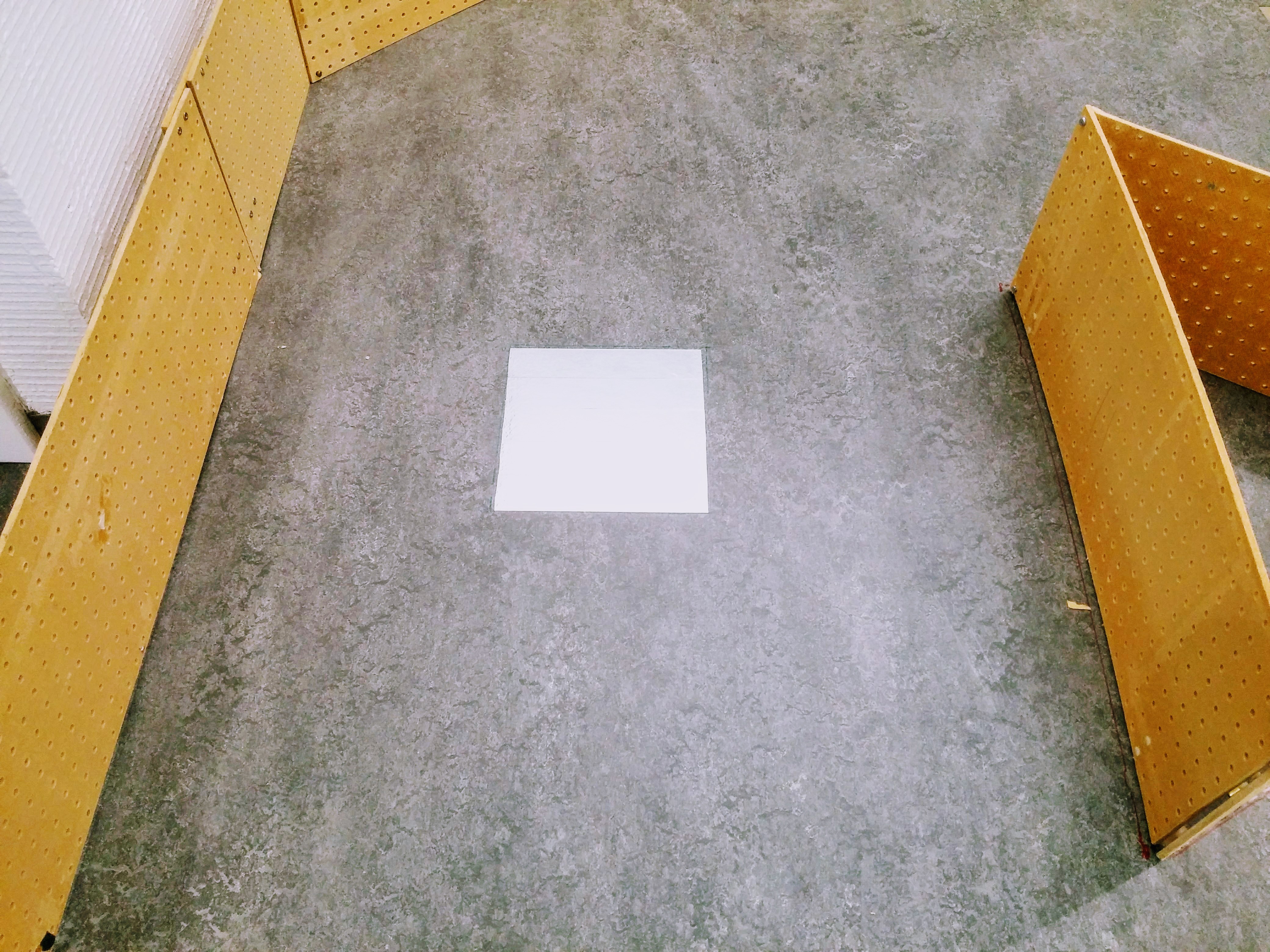 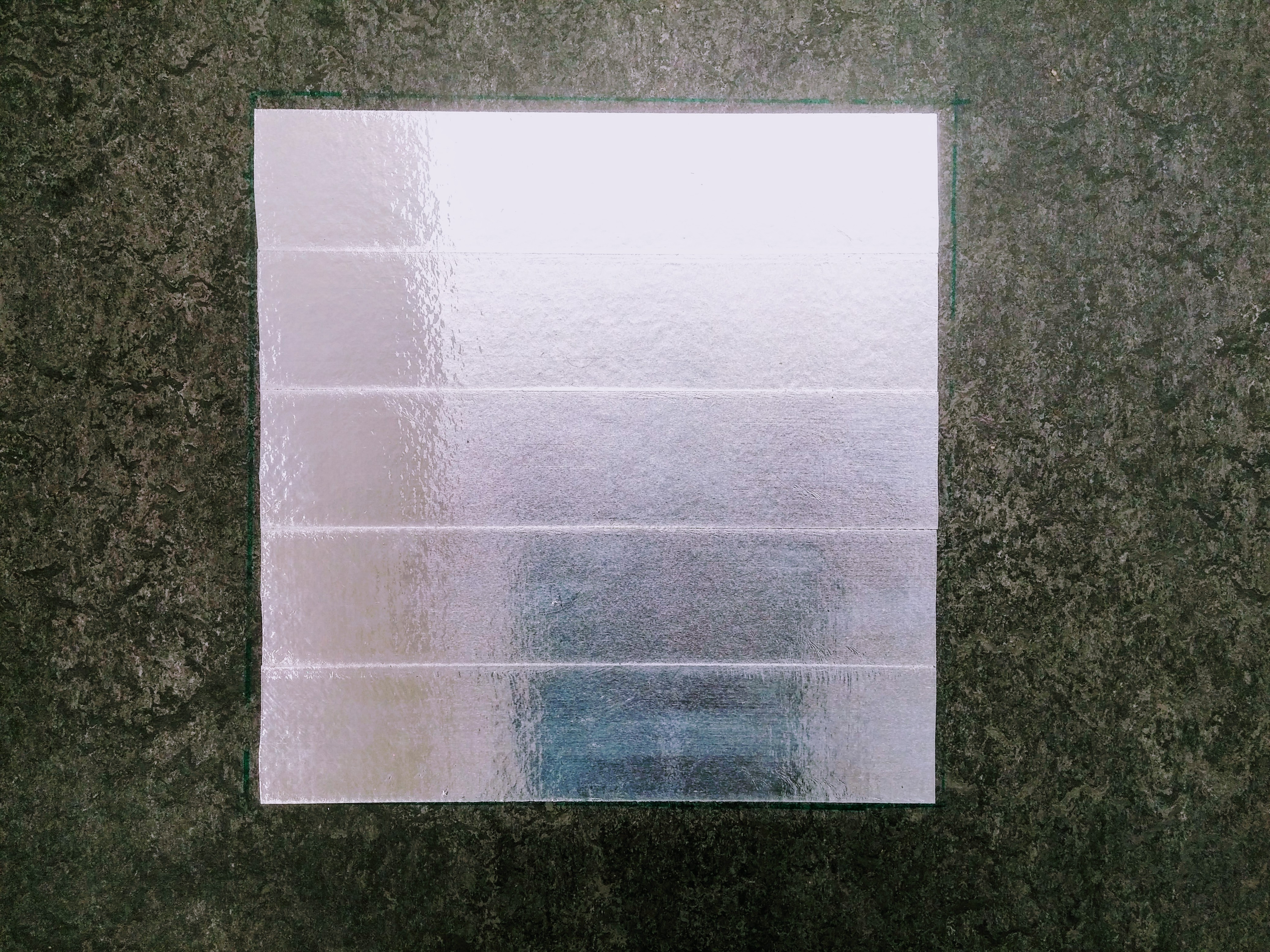 The satellite is represented by a bullseye on the ceiling of the lab. There is a string coming from its centre which you can pull gently to check your antenna alignment. 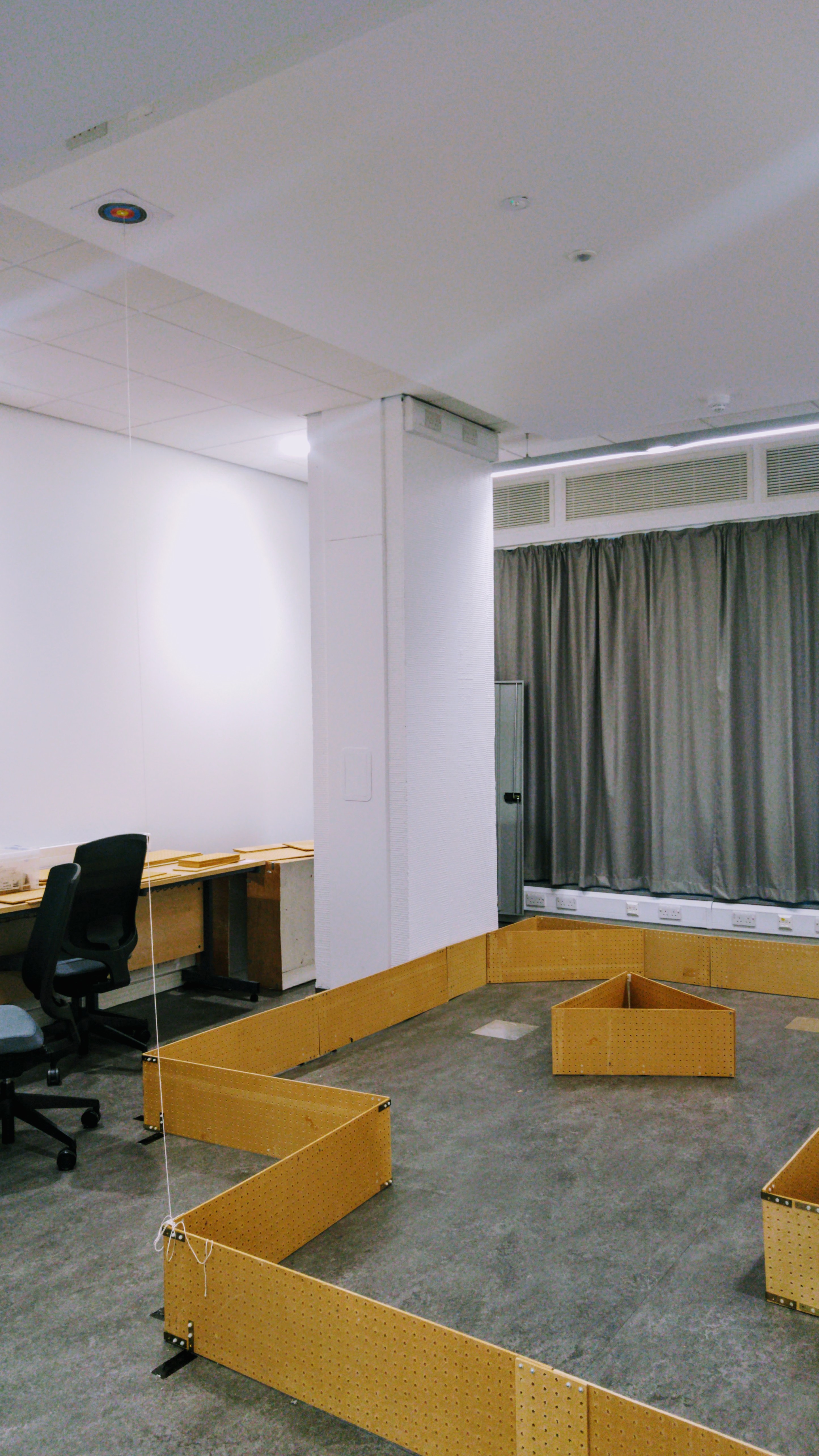 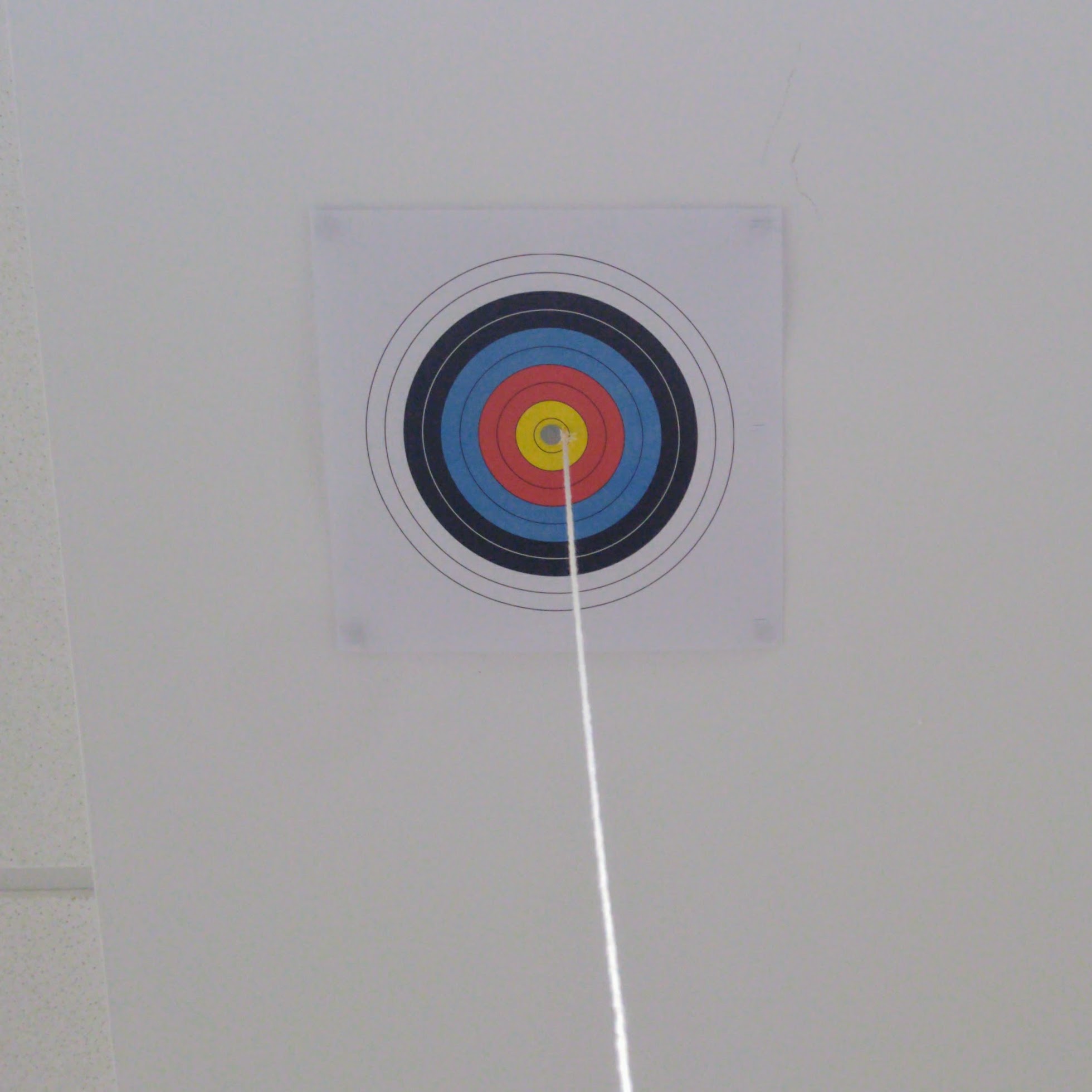